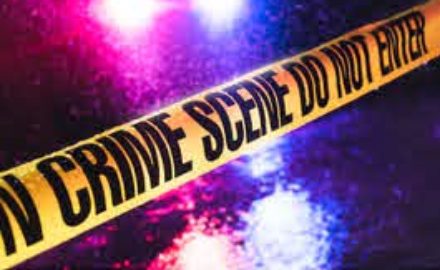 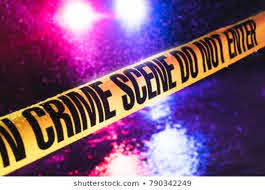 Police in Mbarara are investigating circumstances under which two people of the same family in Bukiiro sub county, Mbarara district were killed by mob.

It is alleged that the two were killed by an angry mob in avenge for the death of a boda boda man who was allegedly killed by Alex and his brother Tukahebwa Posiano last year.

According to ASP Samson Kasasira the Rwizi police mouthpiece the two brothers have been in prison until 1st Oct. 2021 when they were granted bail.

He told www.mknewslink.com that when residents learnt of their release, they attacked them in their garden where they were working with the father Muhairwe Innocent and other two siblings; Lawrence Asingwire, and Turyahebwa Cleophus 24 years.

Kasasira said that during the scuffle two people; Muhairwe and his son, one of the suspects Alex died on spot succumbing to injuries from sticks and stones.

However, two other brothers; Tukahebwa posiano and Turyahebwa Cleophus escaped from the mob with serious injuries while their other brother Asingwire Lawrence ran away uninjured and sought refuge at police.

Police condemned the mob action and the hunt for the perpetrators is still on. 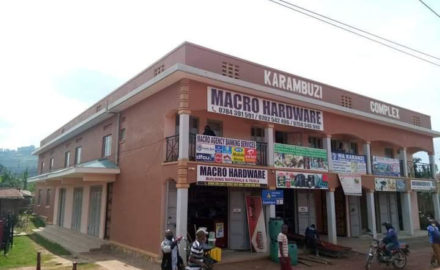 The three surviving children of the late James Karambuzi who was executed in 1973 in Kabale District by Amin’s regime, are up in arms jostling as to who should manage a multi-billion shillings building complex , that was donated to them by President Yoweri Museveni.

Karambuzi was one of the original FRONASA Members that were rounded up by Amin’s regime in 1973 for rebel activities and were eventually summarily executed in their respective home districts.

As a gesture by Government to award the families affected, in 2018, a 1.6 billion (shillings) multipurpose Commercial building was constructed for the Karambuzi descendants along Kabale Katuna Road in Kabale Municipality.

The three storied complex composed of 18 rooms was constructed by Uganda People’s Defense Forces (UPDF) Engineering Brigade at a cost of 1.6 billion shillings.

According to the instructions from the office of the President, the building is supposed to help the surviving biological children of the late Karambuzi and dependents of Karambuzi and his wife Norah Karambuzi.

Under the same arrangement, all the grandchildren of Karambuzi and others are entitled to State House scholarships and upkeep.

However, the two girls are accusing their elder brother James and his wife, of monopolizing the management of the estate of the late Karambuzi as well as enjoying the biggest revenue from the estate.

In an interview, Constance Karambuzi, said the all the children of the late are supposed to share equally proceeds from the estate but her brother seems to sideline the girls, on ground that they got married and they are no longer entitled to share on the late Karambuzi’s estate.

“All of us suffered when our father was killed in 1973,we dropped out of school and had to get married early as a way of hiding from Amin’s soldiers and the way of survival,” said Constance Karambuzi.

In a separate interview, James Karambuzi , explained that he’s been regularly helping his sisters financially but they do not appreciate adding that they want him to extend the same to all their children and husbands.

Other families who lost their loved ones in 1973 in a similar way and are being assisted by President Museveni include, the Bitwari and Besingezi of Kabale Municipality and the family of the late Kangire from Rukiga district. 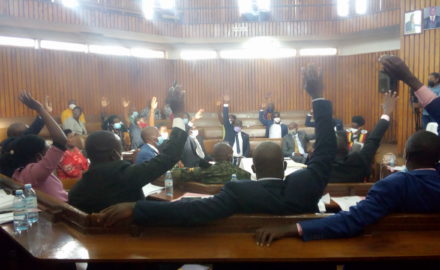 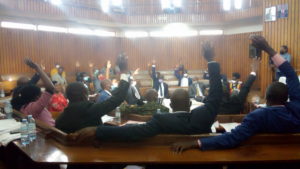 Councilors in Mbarara district Council have passed a resolution to deny fellows without vaccination cards access to Council meetings.

In a motion raised by Jennifer Tumuhairwe a councilor for Rwanyamahembe sub county last week during a council meeting at Kamukuzi , Mbarara, she stressed that non vaccinated Councilors will put at risk those that are vaccinated.

In his Submission, Didas Tabaro the Mbarara district boss noted that he won’t allow non-vaccinated people to access his offices especially Councilors.

“Mbarara district has two vaccination Centres at Bwizibwera, and Kamukuzi so I don’t see the reason as to why up to now we have Councilors who are not vaccinated,” he added.

Same Council resolved to give 10 acres of land in Rushozi cell, Rubaya Sub County, Kashari south constituency, Mbarara district to the government for the construction of an industrial park.

Councilors who talked to this online publication stated that many youths in the district will benefit from the industrial park since it will create employment opportunities for them. 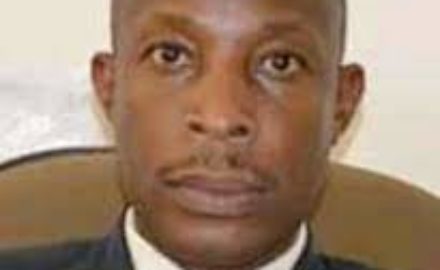 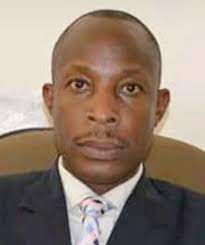 Dr. Keirukye described Bakamuturaki as a person who loved his job and minded about service delivery.

“We shall dearly miss him as the health fraternity and may his soul rest in Eternal Peace,” He added.

He further called upon people to ensure medical check-ups in order to know how their Bodies behave in most cases.

Bakamuturaki on Sunday evening at around 5pm hours collapsed in sauna at Ankole Resort Hotel and Spur in Ntungamo municipality.

He was later pronounced dead at Amazing Grace clinic in Ntungamo municipality and his body was transferred to Mbarara regional referral hospital for a postmortem. 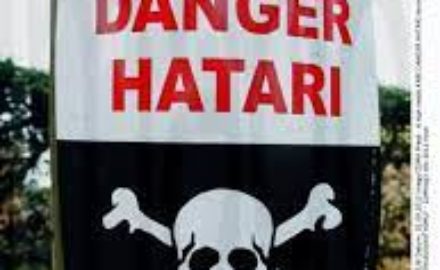 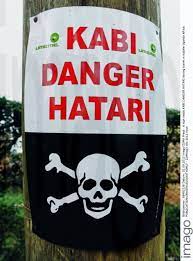 The deceased identified as Miracle Ainebyoona is a resident of Kyomera village Burama parish Bugangari Sub County in Rukungiri district.

Kigezi Regional police Spokesperson Elly Maate said that the deceased was electrocuted on 03/10/2021 at their neighbors’ home when the mother had gone for prayers.

Maate told www.mknewslink.com reporter that electricity stroke her and was rushed to a clinic where she died instantly.

The PRO said that their team visited the scene and transferred the body to Rwakabengo Health center 111 for Postmortem.

The police are now carrying out investigations concerning the matter. 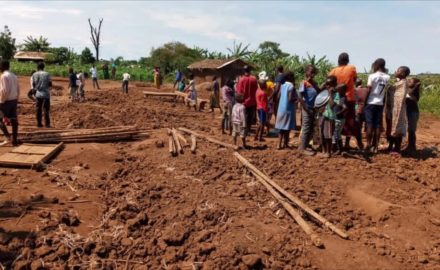 ONE CONFIRMED DEAD, SEVERAL INJURED AFTER CHURCH COLLAPSES IN KIKUUBE 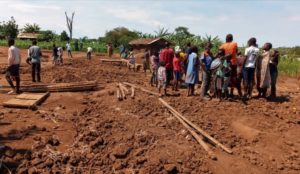 One person has been confirmed dead while several others are nursing injuries after a church collapsed on them during Sunday service.

The deceased has been only identified as Semerita 63 years, a borne of Democratic Republic of Congo.

According to sources, over 120 people had gathered for prayers at around 9am when the accident occurred.

Several of the believers are currently admitted at Kituuti health center 1V, Maratatu community hospital while others were referred to Hoima regional referral hospital.

Rev. Bombu Chivu and his assistant Baraka Muzungu who are admitted at Maratatu H/C explained that the church was built four years ago, and has been in good state.

“We kept monitoring, and maintaining the church even during lockdown,” Rev. Bombu explained.

However, contrary to the church Leadership statements, neighbors told www.mknewslink.com  that the church has been in a sorry state following this rainy season.

By the time of this publication, village authorities, were still working hand in hand with other emergency response teams from medical teams to rescue more of the affected people.