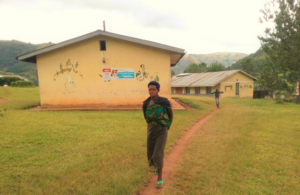 Patients seeking for services at Kashambya health center III in Rukiga district have expressed concern over their lack of privacy.

Patients complain that both male and female patients share a ward at the health facility.

Rwebandira said that she was disappointed after finding out that Kashambya health Center III was not considered in the Rukiga district health officers’ presentation.

Rwebandira noted that Kashambya health center III has only one ward where both male and female patients are admitted and lack privacy.

In his response the Rukiga district acting health officer Gilbert Ahumuza said that he has already talked to the facility in charge and when they get money they will partition the ward and separate the male and female patients because the district doesn’t have enough money to build another ward.

OPINION: UGANDA CAN’T CONTINUE TO OPERATE UNDER THE ROTTEN SYSTEM OF MUSEVENI